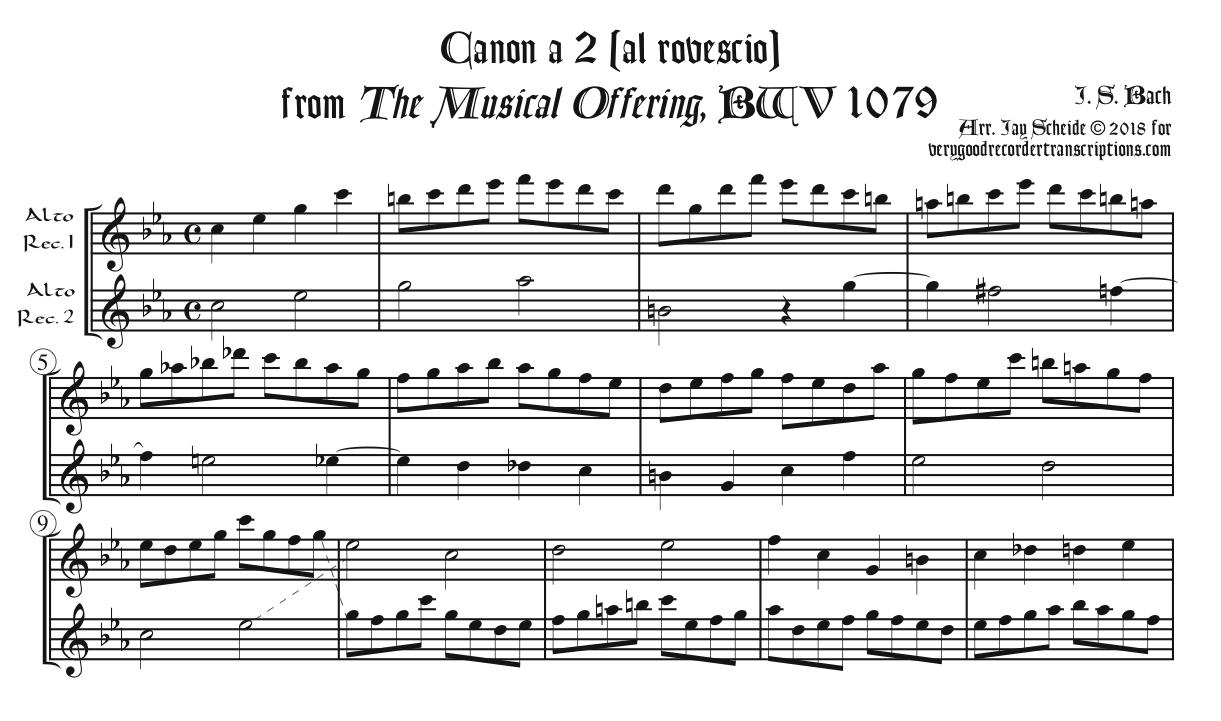 Two duets, the first in c minor for two alto recorders from the Musical Offering by Bach, in which a version of Frederick the Great’s “Royal Theme” plays simultaneously against its retrograde, and then the two players switch. The Haydn, the Menuetto & Trio from the keyboard sonata Hob. XVI: 26, arr. for alto & bass recorders, accomplishes the same trick twice, once in each of the two sections. Originally in A major, transposed here to C. Note that in the respective Bach & Haydn duet sections each of these can also be found singly.