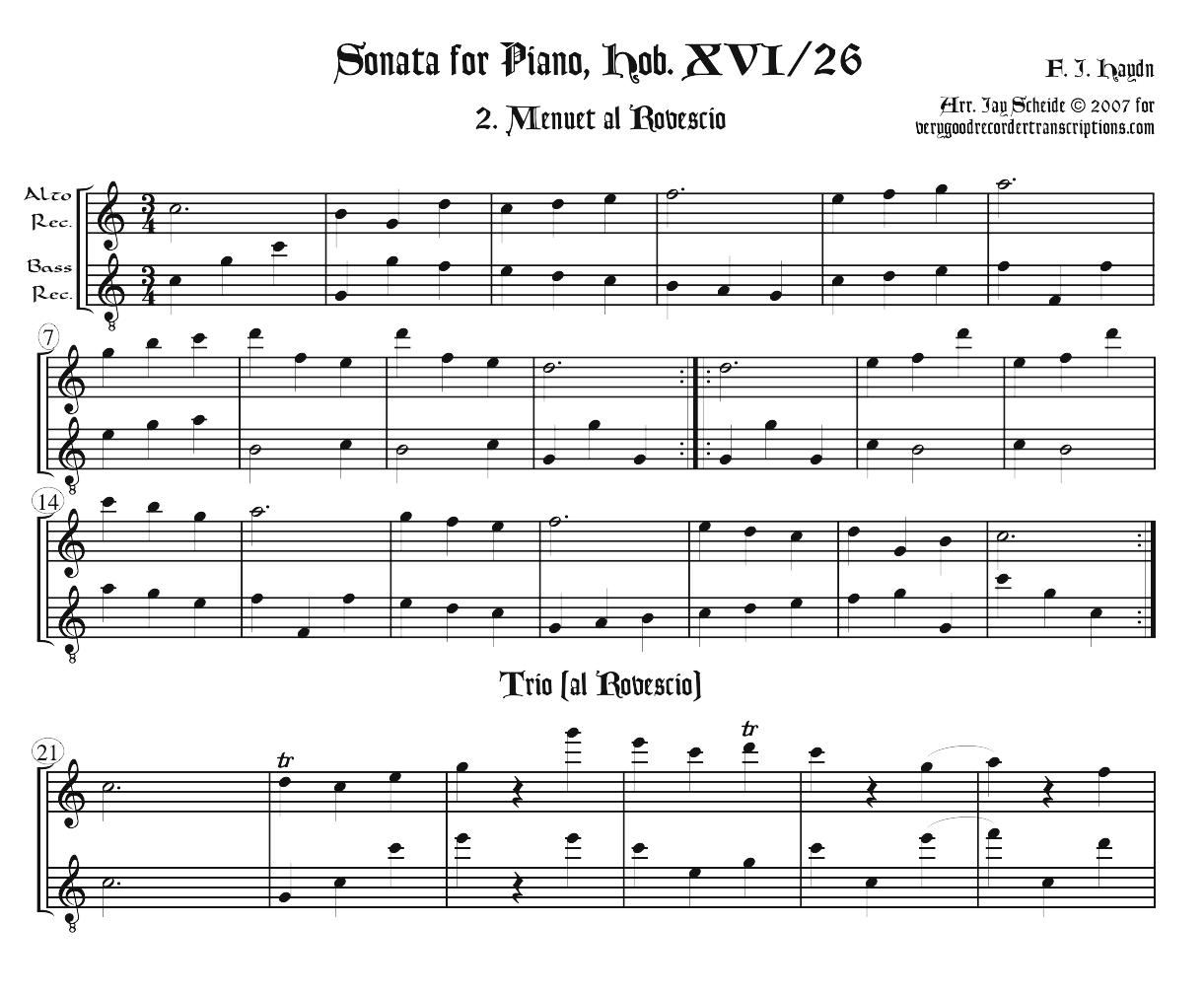 Two duets, the first in c minor for two alto recorders from the Musical Offering by Bach, in which a version of Frederick the Great’s “Royal Theme” plays simultaneously against its retrograde, and then the two players switch midway. The Haydn, the Menuetto & Trio from the keyboard sonata Hob. XVI: 26, arr. for alto & bass recorders, accomplishes the same trick twice, once in each of the two sections. Originally in A major, transposed here to C. (NB, this was a transcription of the Minuet from Haydn’s Symphony No. 47.) See also the version of the Haydn for soprano and tenor recorders, which can be found in the “Duets from Dufay to de Falla in the “Duets by Various Composers” section. Revised 10.16.21.