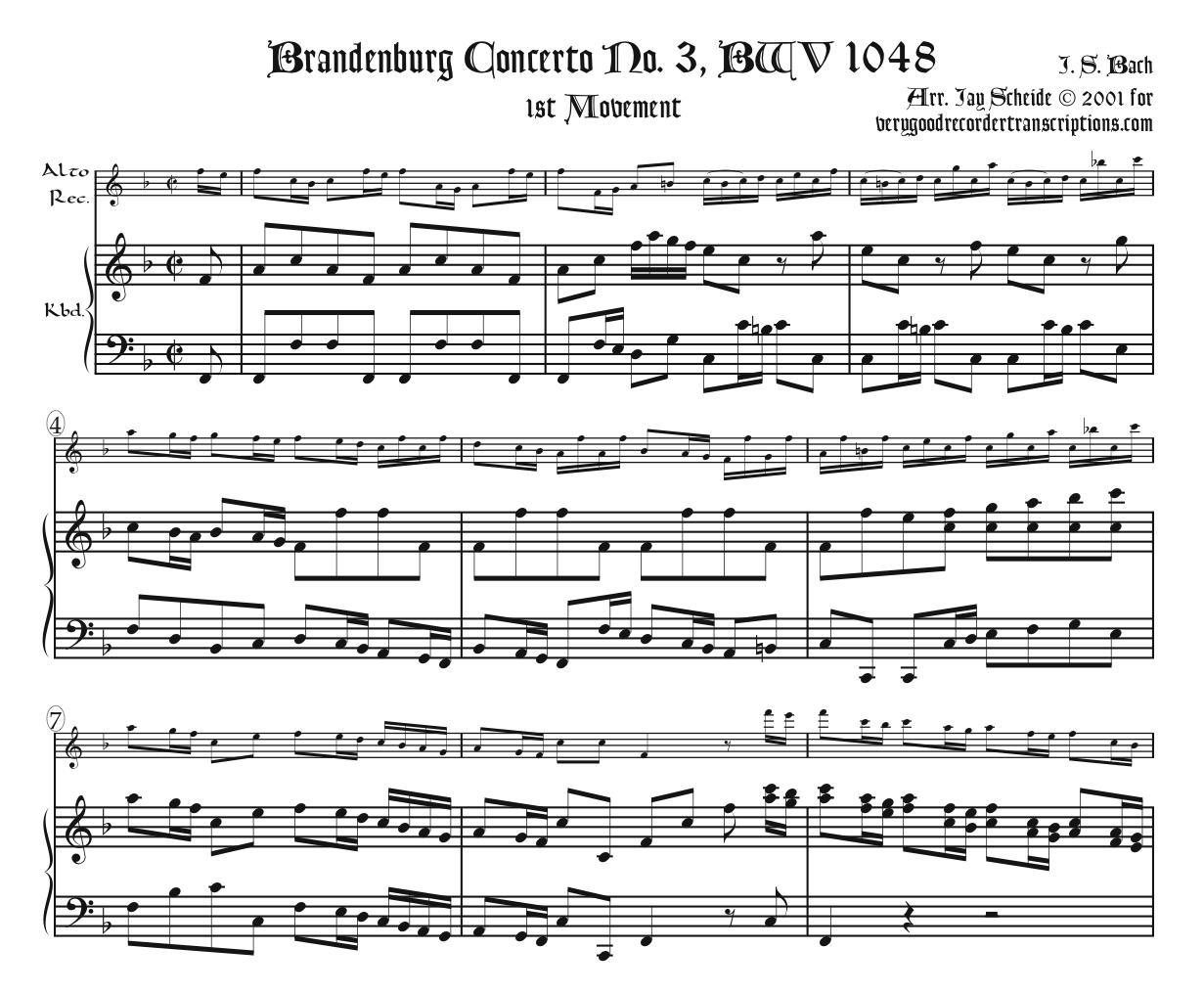 Originally for string orchestra in G major, transposed here to F. We have added alternatives to the two bare chords that are all that Bach left as a middle movement. They both derive from an Adagio from a discarded version of the violin & continuo sonata BWV 1019a, as suggested by Donald F. Tovey. The first has been adapted to end in the same key as the original two chords do, in this case the dominant of d minor. The second follows the original Adagio ending which is in the dominant of Bb minor, F major, which happens to be the key of the ensuing 3rd movement. Of course the two chords appended to the first movement should be omitted if the Adagio is played.