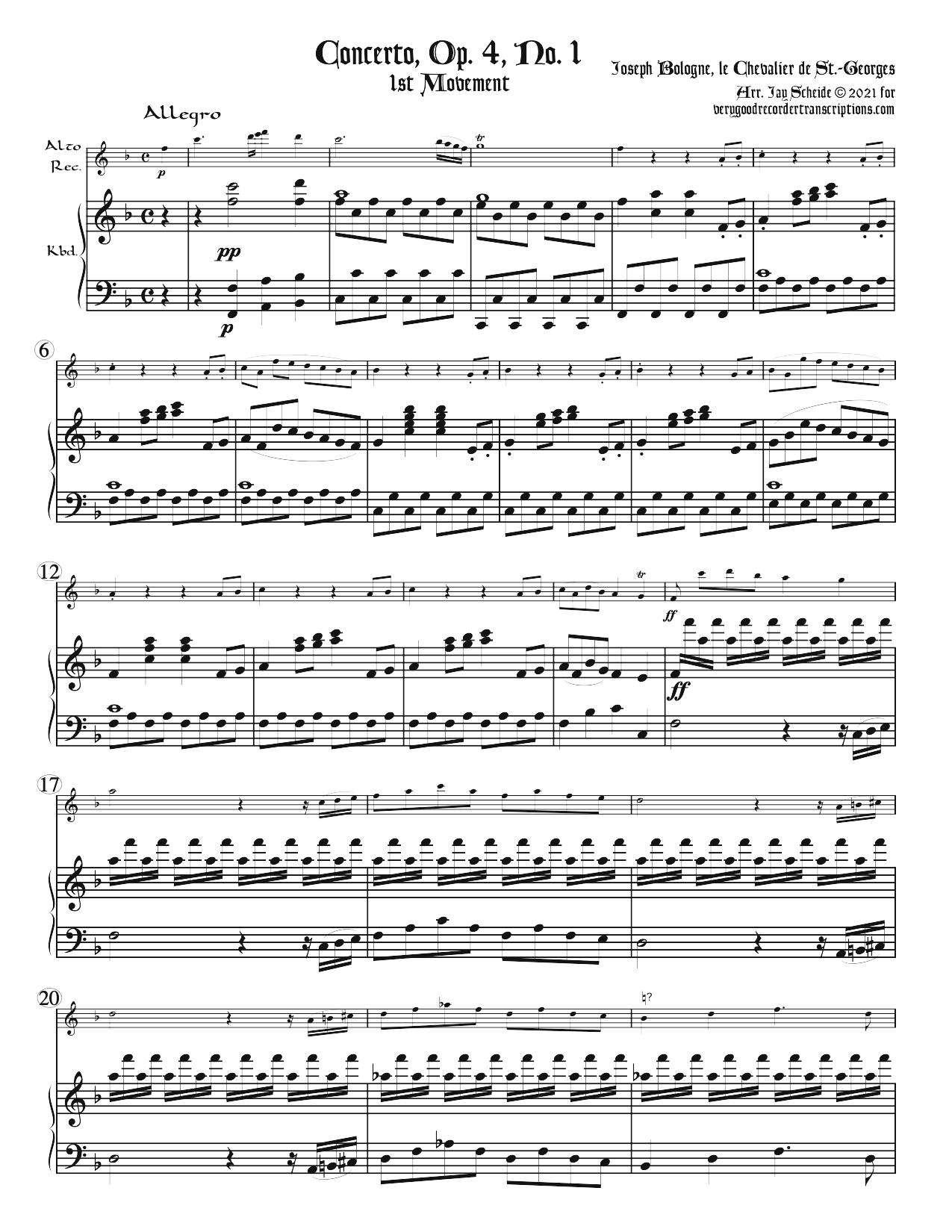 Also known as Concerto Opus Posthumous. Originally for violin solo & orchestra in D major, now transposed to F. Switches between alto, tenor, soprano with optional sopranino and old-pitch sixth flute. Three movements, Allegro, Adagio and Rondo. There is a choice between two recorder parts provided for the 2nd movement, one with a switch to soprano, and one with a switch to old-pitch sixth flute.