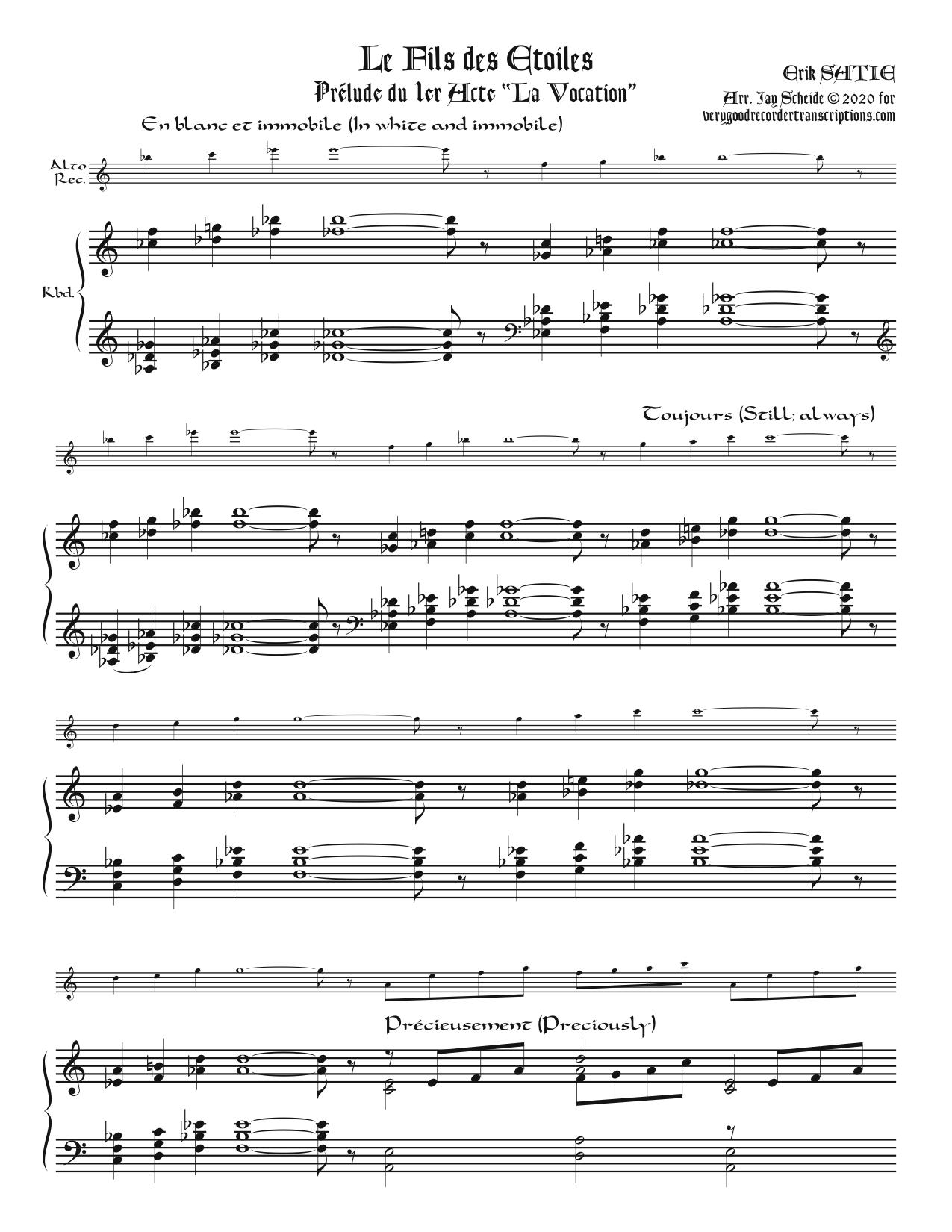 Originally for flutes and harps, or harmonium, as well as in a version for piano solo. This piece probably began the practice which was to flourish in the 20th century of chords in parallel fourths. (Of course note that always the second highest of the 4ths is augmented.) This version is transposed basically up a minor third. Title means, “Son of the Stars.”